Whether for yourself or as a gift for a discerning woman in your life, you can buy any of these vegan belts assured that they are animal-friendly; free of any animal-derived materials and by-products. 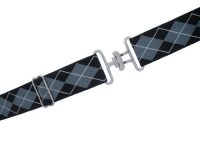 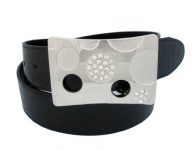 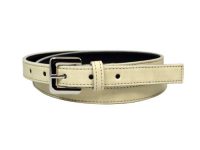 A vegan belt is simply a belt that’s made from material that’s considered cruelty-free, and not from the skin of an animal. Vegan belts can be worn to dress up or dress down an outfit, and can be the perfect accent to pretty much anything in your wardrobe.

What materials are used?

Vegan belts can be made from a wide-variety of materials that are considered cruelty-free and vegan, including (but not limited to):

Please Note: Faux leather can be made from many different polymers and fibers, such as PVC, microfibre, recycled plastic, recycled polyester, degradable polyurethane and many others.

Why buy a belt that’s vegan?

All too often when we’re buying something, we tend to overlook the origin of the materials used to make it; we only seem to worry about with the look, the feel, and the price. Digging a little deeper however, reveals that many of the materials used in our belts, purses, shoes, wallets and other everyday items are derived from shockingly cruel methods that we won’t get into here; buying a vegan-friendly belt is buying an animal-friendly belt. Aside from the animal-welfare side of things, some of these cruelty-free materials are more sustainable than leather, like those made from cork… and some are just downright funky, like those made from up-cycled inner tubes or hoses.

Does buying one belt make a difference?

You bet your vegan purse it does! Here’s how it works; you buy a vegan belt, you tell your friends about it, they think it looks good and they like the idea behind it, they buy one, and so on. All of these vegan belts being bought and sold are telling manufacturers, designers, retailers and everyone in the supply chain for that matter, that there’s a market for animal-friendly products. Revenue coming in from these products will help support the product line, so in turn, more of that product will be made and stocked in stores. Demand fuels supply.

It really depends on the belt. Vegan belts, just like their non-vegan counterparts, come from different designers and brands, are sold at different stores, and can be made from a diverse range of materials, and their prices can vary accordingly.

There are basically 2 types of companies that make vegan belts; companies whose main line of products are leather belts and other accessories but offer a vegan line to appeal to the vegan or eco-conscious market, and then there are companies that exclusively make vegan products, whether ‘accidentally’, or for ethical, ecological or business reasons. Some companies whose women’s belts are entirely vegan include:

We keep an ever-growing list of companies that we find through social media, by word of mouth, and by other means, whose entire line of belts and accessories seems to be vegan-friendly. We then contact those companies to double-check that they don’t use any animal-derived materials in the production of their belts and accessories. If we’re convinced they’re vegan-friendly, and they sell on Amazon, we list them here for your convenience.

Why don’t you list vegan belts from non-vegan companies?

There are vegan belts out there made from companies that also make leather belts, and we think that’s a good thing that they're starting to offer animal-friendly options for consumers, even if it’s only in the spirit of business that they’re doing so. However, when we contact these companies, we often have a hard time getting straight answers with regard to which of their products are 100% free of animal-derived materials, and which aren’t, and we need to be 100% confident that what we list here for you is vegan.

If you’ve found this page on vegan women’s belts helpful, check out similar product categories to learn or shop more:

For companies that make vegan belts

If you or your employer makes vegan belts, sneakers, clutches, protein powder, soap or vegan products of any kind actually, we’d love to feature those products on our site... for free! Contact us at  - info(at)getitvegan(dot)com - to get the ball rolling!