Vegan and cruelty-free eyebrow makeup. Shop with confidence; all of the makeup products we list on Get it Vegan are 100% free of animal by-products, ingredients and testing. 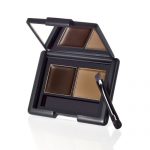 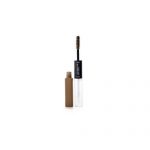 The term “vegan”, with regard to makeup for eyebrows refers products that don’t contain ingredients that are derived or sourced from animals or insects. The term “cruelty-free” however, refers to eyebrow makeup that’s free of animal testing, including the individual ingredients used and the final product.

What animal and insect-derived ingredients are commonly used in eyebrow makeup?

Below is a list of the most common animal and insect-derived ingredients that are used in non-vegan gel, liquid and powder eyebrow makeup, as well as eyebrow liners, pencils and kits.

We’ve also included some of the aliases of these ingredients, reasons why they're used in eyebrow makeup, and common vegan-friendly alternatives to them.

Beeswax: Beeswax is made from melting honeycomb with boiling water, straining it, and cooling it. It’s used in eyebrow gels, pencils and other products as a thickener, and an emollient (for softening and soothing the skin). It also happens that many bees are killed or have their wings and legs torn off because of haphazard handling when they are farmed.

Squalene: Typically derived from shark livers, it’s used in eyebrow makeup as a moisturizer, and for it’s reported anti-aging effects.

Glycerin: A by-product derived from boiling the carcasses of slaughtered animals. These carcasses can come from a myriad of unfortunate sources such as labs, slaughterhouses, zoos, shelters, and ‘roadkill’. Glycerin is primarily used in eyebrow makeup as an emollient.

Hyaluronic Acid: Natural hyaluronic acid is typically derived from rooster combs. In eyebrow makeup it’s used primarily as a moisturizer, and much like squalene, for its reported anti-aging properties.

Lecithin: A waxy substance in nervous tissue of all living organisms. It can be obtained from nerve tissue, blood, milk and corn, but frequently it’s obtained for commercial purposes from eggs and soybeans. Lecithin can be found in both liquid and powder eyebrow makeup, and is used as a skin conditioner and an emulsifying agent.

Watch Out! If a product's label says an ingredient is from “Natural Sources”, it can mean either animal or plant-based sources. Most often in cosmetics it means animal sources.

How can I be sure that the eyebrow makeup I’m buying is cruelty-free?

Despite the rampant deception in the world of cosmetics sales, there are several legitimate third party certification bodies that independently assess whether or not brands and individual products are actually abiding by recognized cruelty-free standards.

The best way to ensure that you’re buying a cruelty-free eyebrow product is to find one with that has the approval of one of these third party certification bodies printed on it, by looking for one of their logos. 3 of the most common cruelty-free labels include:

Don’t be fooled! Because these certification bodies all use images of bunnies, so will scammers. Make sure you spot a logo you recognize as legitimate 3rd party verification, such as those above, prior to buying an eyebrow makeup product.

Please Note: For the sake of simplicity, this list does not include brands that have ‘vegan options’ for eyebrow makeup; it only includes companies whose facial makeup is completely vegan and cruelty-free.

In general, vegan and cruelty-free gel, powder and liquid eyebrow makeup is not any more expensive, or any less-expensive, than eyebrow makeup that contains animal/insect derived or tested ingredients.

Why should I buy eyebrow makeup that’s ‘vegan’ & ‘cruelty-free’?

There’s something to be said about smearing rooster combs and boiled roadkill fat onto your eyebrows.

Aside from that, the farming and sourcing these ingredients is inherently cruel to animals. If that’s not enough to convince you, it may help to know that, in many, if not all cases, plant-based ingredients are superior to animal and insect-derived ingredients.

If you’ve found this page on vegan and cruelty-free eyebrow makeup helpful, check out similar product categories to learn or shop more:

If you make vegan and cruelty-free eyebrow filler, shaper or any other vegan/cruelty-free cosmetics for that matter, we’d love to feature you and your products on the “Brands We Love” section of our site! Contact us at  - info(at)getitvegan(dot)com - to get started!

Sources for this guide

Part of the information for this guide on vegan & cruelty-free eyebrow cosmetics was gathered from the following sources: