All of the cologne on our site is free of any animal-derived materials, ingredients and by-products. We contact each company individually to double check. Shop with the confidence of knowing you don't have to compromise your ethics to smell good. 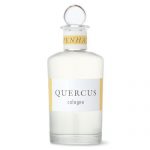 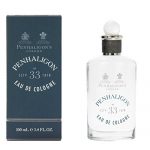 What is “vegan cologne”?

The term “vegan cologne” simply refers to any men's wearable fragrance, regardless of concentration (including Eau de Toilette and Eau de Parfum, among others), that’s made without the use of animal-derived ingredients. The term “cruelty-free” can also be applied if the cologne and none of its ingredients are tested on animals.

What ingredients are used to make vegan cologne?

Fragrance Oil: The active ingredients in men’s colognes are fragrance oils. Fragrance oils are natural essential oils (pure distillations of plant leaves, bark, wood, stems, flowers, seeds, buds, roots, resins or petals) or blended synthetic aroma compounds that are diluted with a carrier oil such as vegetable oil, propylene glycol, or mineral oil. They are typically diluted for cosmetic use because they are so powerful on their own that they can actually be offensive in scent, and because they are very expensive. Some examples of essential oils include:

Denatured Alcohol: Denatured alcohol, also known as “Alcohol Denat.”, functions as an antifoaming agent, as well as a solvent and viscosity decreasing agent. Essentially, it helps the perfume oils meld into a distinctive new scent, and helps the product diffuse more widely. It also helps cologne maintain its scent over time.

Distilled Water:  Often listed on cologne packaging as “aqua”, the water used in cologne has undergone distillation in order to remove chemicals and minerals that might affect a perfume's overall scent profile or stability. In general, distilled water is used to dilute the strength of the fragrance.

Vegan colognes use fragrance oils that aren't forcefully derived from animal glands, and, to be delicate, “bodily secretions”. Cruelty-free colognes don’t test on animals. Does anyone really want a rabbit to go blind so they can wear a second-tier fragrance? So, the better question is, why not get it vegan and cruelty-free?

Does buying one bottle of vegan cologne really make a difference in the world?

Absolutely, and it’s a surprisingly effective form of animal welfare activism. Here’s how it works; when you buy one bottle of vegan and cruelty-free cologne, you’re supporting a company that’s committed to not using animal-derived ingredients, or testing its products on animals. And of course, revenue for these companies is their lifeblood; it allows them to invest in marketing, which helps other people become aware that there are cruelty-free cologne options out there. It also allows them to develop new fragrances and product offerings, and get into new stores, which helps them become more accessible to current and new customers. So, when you buy a bottle, you are helping a cruelty-free company develop its products, pay its bills, and grow its customer-base. This also works two ways; by giving your money to a cruelty-free company, you are also NOT giving it to a company that tests their products on animals.

In general, vegan and cruelty-free cologne is not more expensive, or less-expensive, than cologne that uses animal-derived ingredients or testing. Just like non-vegan cologne, prices can vary from one bottle to the next. This is typically based on differences in the ingredients used (the amount and qualities of fragrance/essential oils being used), differences in manufacturing processes employed, and the different brand names attached to them. As a result, some vegan/cruelty-free colognes and other men’s fragrances are very affordable, some are quite expensive, and some fall anywhere in between.

Did you know?: The fragrance oils that give the scent its personality can cost thousands of dollars per ounce.

Should I get rid of any non-vegan cologne that I already own?

This is a fairly controversial topic, and one that’s very hotly debated. Regardless of what anyone else says, it’s up to you to decide what to do with your old non-vegan fragrances, and how to replace items in your personal care cabinet as you become more and more immersed in a vegan and cruelty-free lifestyle; at the end of the day only you can decide what you can afford, and what you’re comfortable wearing. If you’re wondering what options you have, you could give your old fragrances away to friends or family, or you could keep wearing them until they’ve expired, you're grown out of them, or they've otherwise outlived their usefulness.

In comparison to the many companies that use animal-derived ingredients and testing to produce their cologne and men’s fragrances, there are relatively few companies that are vegan and cruelty-free, including:

We keep an ever-growing list of men’s fragrance producers that we find, or are suggested to us, whose entire catalogue seems to be animal-friendly (vegan AND cruelty-free). We contact these companies to make sure that they don’t use any animal-derived ingredients or by-products in the making of their fragrances. If we’re convinced their products are suitable for vegans, and their products are listed on Amazon, then we list those products here in our Amazon-curated store for your shopping convenience.

Generally, no. We have had a hard time getting straight answers from non-vegan fragrance companies with regard to which of their products use ingredients that are derived from, or tested on animals. The bottom line is, if we can’t be sure a product is 100% vegan and cruelty-free, we won’t list it. Fortunately, there are more and more companies making men’s fragrances without the use of animal-derived ingredients and testing.

Why are so many of the cologne’s you list only available in Canada or the United States?

We try our best to find cologne and other men’s fragrances that will ship worldwide, but unfortunately there are tight international shipping regulations in place for products such as cologne. This is a decision made by customs authorities and enforced by international carriers (For example, cologne is on DHL’s list of “dangerous/hazardous goods). As a result, many of the Amazon storefronts that we source our products from only ship these products domestically, within the country that already houses their product in a warehouse.

Men’s cologne not quite what you’re looking for? Here are some categories in our store that are similar:

Sources for this guide

Some of the technical information for this guide on men’s vegan cologne was gathered from the following sources: