Vegan and cruelty-free eyeshadow singles, palettes and more. Shop with confidence knowing that all of the eyeshadow, and all of the makeup products we list on Get it Vegan are 100% free of animal by-products, ingredients and testing. 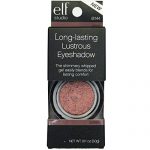 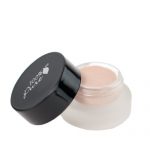 What is ‘vegan’ & ‘cruelty-free’ eyeshadow?

What animal and insect-derived ingredients are commonly used in eyeshadow?

While it certainly isn’t exhaustive, we’ve put together a list of some of the most common animal and insect-derived ingredients that are used in non-vegan cream eyeshadows, pressed mineral palettes, singles, and any other variety of eyeshadow.

Carmine: A red pigment that’s used in cosmetics to achieve certain colours, it’s obtained by crushing the female cochineal insect. Reportedly, around 70,000 female beetles must be killed to produce one pound of this red dye.

Guanine: Used in eyeshadows to achieve a shimmery, luminous effect. It’s taken from fish scales and acids that are located in animal tissue.

Honey: A saccharic secretion gathered and stored by honey bees. Essentially, it’s food for bees, made by bees. Used as a colouring agent and an emollient (provides creaminess and staying power) in certain eyeshadows.

Squalene: Typically derived from shark livers, it’s used in eyeshadows as a moisturizer, and for it’s reported anti-aging effects.

Hyaluronic Acid: Natural hyaluronic acid is typically derived from rooster combs. In cosmetics such as eyeshadow, it’s used primarily as a moisturizer, and much like squalene, for its reported anti-aging properties.

Please Note: This is not an inclusive list, more and more cosmetics brands are switching over to animal-friendly formulations; we’ll update this list as we find and research them!

In general, vegan and cruelty-free eyeshadow is not any more expensive, or any less-expensive, than eyeshadow that contains animal/insect derived or tested ingredients.

Why should I buy ‘vegan’ & ‘cruelty-free’ eyeshadow?

Who wants to smear fish scales or crushed beetles right above their eyes?? Aside from the ‘icky factor’, it’s important to buy eyeshadow that you know is vegan & cruelty-free because it’s a way to vote with your dollars, which creates demand for these products, reduces demand for non-vegan/non-cruelty-free products, and is thus a very effective form of animal-welfare activism!

Basically, if we as consumers stop paying companies to put these grotesque and cruelty-ridden ingredients in glitter eyeshadow, eyeshadow palettes, and other eyeshadow products, they will stop doing it.

How do you choose which eyeshadows to put in this store?

We maintain a growing list of companies that make eyeshadow that’s supposedly vegan-friendly and cruelty-free. We contact all of these companies to find out straight from them if they use animal and/or insect-derived ingredients, and to see if they abide by specific cruelty-free practices, including:

When we find vegan eyeshadow that meets this set of cruelty-free criteria, and is sold on Amazon, we list it here for your shopping convenience.

If you’ve found this page on vegan and cruelty-free eyeshadow helpful, check out similar product categories to learn or shop more:

If you make vegan and cruelty-free eyeshadow singles or palettes, or any other vegan/cruelty-free product for that matter, we’d love to feature you and your products on the “Brands We Love” section of our site! Contact us at  - info(at)getitvegan(dot)com - to get started!

Some of the information for this guide on vegan & cruelty-free eyeshadow was gathered from the following sources: