Vegan and cruelty-free primer. Whether you're buying for yourself, or for the cruelty-free woman in your life, you can shop with the assurance that all of the makeup products we list on Get it Vegan, including the primer found below, are 100% free of animal by-products, ingredients and testing. 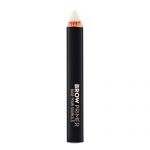 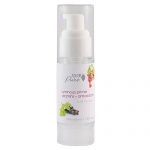 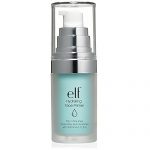 What is ‘vegan’ & ‘cruelty-free’ primer?

What animal and insect-derived ingredients are commonly used in primer?

While it certainly isn’t exhaustive, we’ve put together a list of the most common animal and insect-derived ingredients that are used in non-vegan primer.

Squalene: Typically derived from shark livers, it’s used in primer and other cosmetics as a moisturizer, and for it’s reported anti-aging effects.

Hyaluronic Acid: Natural hyaluronic acid is typically derived from rooster combs. It's typically included in primer to function as a moisturizer, and much like squalene, for its reported anti-aging properties.

Amino Acids: The building blocks of protein in animals and plants. Often derived from animal sources such as urine and horsehair. Used in primer as skin conditioning agents.

Lecithin: A waxy substance in nervous tissue of all living organisms. But frequently obtained for commercial purposes from eggs and soybeans. It can also be obtained from nerve tissue, blood, milk, corn. Lecithin can be found in both liquid and powder cosmetics, and is used as a skin conditioner and an emulsifying agent.

Tallow: The process of making tallow involves boiling the carcasses of slaughtered animals until a fatty substance is produced. These carcasses can come from a myriad of sources, such as labs, slaughterhouses, zoos, shelters, and ‘roadkill’. Tallow is primarily used in primer as an emollient, to help soften the skin.

Watch Out! If a primer label has an ingredient listed as from “Natural Sources”, it can mean either animal or plant-based sources. Most often in cosmetics it means animal sources, such as animal elastin, glands, fat, protein, and oil.

Is “not tested on animals” the same as “cruelty-free”?

When shopping for primer, you’re sure to come across of myriad of statements on labels that are used to subtly mislead consumers into believing that the primer they’re buying is 100% cruelty-free.

Unfortunately, since these terms are unregulated, companies can essentially use them in any way they see fit, much in the same way that sugary breakfast bars use the term “natural ingredients” on their packaging. It really means nothing.

For example, here are some common misleading statements you might find on a primer’s label, and what they actually mean:

“We don’t test on animals”

So then how can I be sure the primer I’m buying is cruelty-free?

Despite the rampant deception in the cosmetics world, there are several legitimate third party certification bodies that independently assess whether or not companies and products are actually abiding by recognized cruelty-free standards.

So, the best way to ensure that you’re buying a cruelty-free primer is to find one that has the symbol of one of these third party certification bodies printed on it. 3 of the most common cruelty-free symbols include:

Don’t be fooled! Because these certification bodies all use images of bunnies, so do scammers. Before buying a primer, make sure you familiarize yourself with the logos above, so you don’t get tricked into buying something that’s not actually certified as cruelty-free just because there’s a picture of a bunny on it.

Please Note: For the sake of simplicity, this list does not include brands that have ‘vegan options’ for primer; it only includes companies whose primer products are completely vegan and cruelty-free.

In general, vegan and cruelty-free luminous, mattifying and correcting primers are not any more expensive, or any less-expensive, than primer that contains animal derived or tested ingredients.

Just like alternative versions, the prices of vegan & cruelty-free primer can vary based on differences in the quality and the availability of the ingredients used, differences in the manufacturing processes employed, different brand names behind them, as well as a myriad of other factors.

Why should I buy ‘vegan’ & ‘cruelty-free’ primer?

Basically, if we as consumers stop paying companies to put these grotesque and cruelty-ridden ingredients in primers and other cosmetics, they will stop doing it. This is referred to as ‘voting with your dollars’.

If you’ve found this page on vegan and cruelty-free primer helpful, check out similar product categories to learn or shop more:

If you make vegan and cruelty-free mattifying, correcting or luminous primer, or any other vegan/cruelty-free cosmetics for that matter, we’d love to feature you and your products on the “Brands We Love” section of our site! Contact us at  - info(at)getitvegan(dot)com - to get started!

Some of the information for this guide on vegan & cruelty-free primer was gathered from the following sources: