From false eyelashes to eyeliner, and everything in between, all of the eye makeup and accessories listed on our site are confirmed to have no animal-derived materials, ingredients, or testing involved in their production. Buy with confidence, knowing they are vegan and cruelty-free. 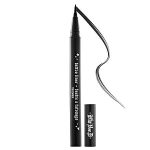 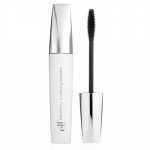 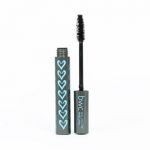 What is ‘vegan’ & ‘cruelty-free’ eye makeup?

The term “vegan”, with regard to eye makeup, refers to products that don’t contain ingredients that are derived or sourced from animals or insects, whereas the term “cruelty-free” refers to eye makeup that's free of animal testing, including the individual ingredients used in it.

What animal and insect-derived ingredients are commonly used in eye makeup?

While it certainly isn’t exhaustive, we’ve put together a list of 10 of the most common animal and insect-derived ingredients that are used in non-vegan cosmetics for the eyes.

We’ve also included the origins of these ingredients, their aliases, the purposes that they’re used for in eye makeup, and some of their animal-friendly alternatives.

Carmine: A red pigment that’s used in many eye cosmetics to achieve certain hues of red, it’s obtained by crushing the female cochineal insect. Reportedly, around 70,000 female beetles must be killed to produce one pound of this red dye.

Guanine: Used in eyeshadows snd other eye makeup to achieve a shimmery, luminous effect. It’s taken from fish scales and acids that are located in animal tissue.

Honey: A saccharic secretion gathered and stored by honey bees. Essentially, it’s food for bees, made by bees. Used as a colouring agent and an emollient (provides creaminess and staying power) in certain eyeshadows and other eye makeup.

Squalene: Typically derived from shark livers, it’s used in eyeshadows, eyeliner and other cosmetics as a moisturizer, and for it’s reported anti-aging effects.

Hyaluronic Acid: Natural hyaluronic acid is typically derived from rooster combs. In makeup for the eyes it’s used primarily as a moisturizer, and much like squalene, for its reported anti-aging properties.

Amino Acids: The building blocks of protein in animals and plants. Often derived from animal sources such as urine and horsehair. Used in eyeliners and other cosmetics as skin conditioning agents.

Beeswax: Beeswax is made from melting honeycomb with boiling water, straining it, and cooling it. It’s used in eyeliner, eyeshadow and other cosmetics as a thickener, and to help the product stick to the skin. Many bees are killed or have their wings and legs torn off because of haphazard handling when they are farmed.

Tallow: The process of making tallow involves boiling the carcasses of slaughtered animals until a fatty substance is produced. These carcasses can come from a myriad of sources, such as labs, slaughterhouses, zoos, shelters, and ‘roadkill’. Tallow is primarily used in eyeliners and other products as a an emollient, to help soften the skin.

Silk & Animal Fur/Hair: False eyelashes (or “falsies”) are commonly made from animal sourced materials such as silk, mink fur, sable fur and hair horse hair, among others.

The following brands exclusively make cosmetics for the eyes that are full vegan and cruelty-free, in other words, completely animal-friendly!

Please Note: For the sake of simplicity, this list does not include brands that have ‘vegan options’ for eye makeup (that list would be impossibly long). It only includes companies whose eye makeup products are completely vegan and cruelty-free.

In general, vegan and cruelty-free eyeliner, mascara, eyeshadow and false lashes are not any more expensive, or any less-expensive, than products that contains animal/insect derived or tested ingredients.

Just like alternative versions, the prices of vegan & cruelty-free eye cosmetics can vary based on differences in the quality and the availability of the ingredients used, differences in the manufacturing processes employed, different brand names behind them, as well as a myriad of other factors.

Why should I buy ‘vegan’ & ‘cruelty-free’ eye makeup?

Basically, if we as consumers stop paying companies to put these grotesque and cruelty-ridden ingredients in cosmetics, they will stop doing it.

If you’ve found this page on vegan and cruelty-free eye makeup helpful, check out similar product categories to learn or shop more:

If you make vegan and cruelty-free liquid eyeliner, eye pencils, mascara, eyeshadow, falsies, or any other vegan/cruelty-free cosmetics for that matter, we’d love to feature you and your products on the “Brands We Love” section of our site! Contact us at  - info(at)getitvegan(dot)com - to get started!

Some of the information for this guide on vegan & cruelty-free eye makeup was gathered from the following sources: