Interview with Lindsay Wolf of Mercy for Animals Lindsay Wolf, Vice President of Investigations for Mercy For Animals, has kindly agreed to do an interview with us. Read on below as she shares some of her valuable insights into the animal agriculture industry, and why undercover investigations of factory farms are crucial for improving the welfare of farm animals.

Q: What types of farms does Mercy For Animals target for these investigations? And roughly how frequently?

LW: Our investigators get hired to work at factory farms and slaughter plants. We’ve done more than 50 investigations and all of them have exposed rampant cruelty, extremely small and overcrowded enclosures, and animals left to suffer and die from untreated illnesses and injuries.

Q: What makes these types of investigations so important?

LW: When most people think of a farm, they have this fairy tale red barn image where animals are on nice spacious ranches filled with hay and bright green grass. Unfortunately, most animals are locked inside overcrowded windowless sheds without access to grass or sunlight—and this is the least of their concerns. In addition to the culture of malicious violence that is instilled in the animal agriculture industry, cruel standard practices, such as castration without pain relief and grinding up baby chicks in a macerator, are a daily reality.

We’re very disconnected from this industry and Big Ag wants to keep it that way. Undercover investigations are vital to exposing and creating change in this inherently cruel industry.

Q: GetitVegan.com is based in Alberta, which is famous for beef. To your understanding, what are conditions like for cows in Alberta?

LW: Within animal agriculture, most animals are subjected to rampant and systemic abuse. They are frequently beaten and shocked, particularly when being moved and transported. Current transportation regulations allow animals to be transported for 52 hours in extreme weather conditions without food, water, or rest. Because of these outdated regulations, every year in Canada alone more than 8 million farmed animals arrive at slaughter plants either dead or so sick and injured they are deemed unfit for human consumption. That’s almost double the human population of the entire Alberta province.

Q: While driving down the highway, it’s easy to see cows, pigs, sheep, goats, or other animals seemingly relaxing on farms. Is this picture actually as pretty and peaceful as it looks? What’s going on behind the scenes in the lives of these animals?

LW: This is a deceiving image, as any animal you see in that environment (generally cows) are moved into overcrowded feedlots shortly thereafter. Also, the majority of animals who are killed for food are chickens. We rarely, if ever, see chickens outdoors because most are never exposed to the light of day. They are crammed inside disease-ridden sheds by the tens of thousands before being hung upside down to be slaughtered at around 42 days of age—while they’re still babies and still making peeping sounds.

Like most people, you probably haven’t seen an animal killed in person, particularly at a factory farm. It’s something most people don’t think about or even want to think about. In addition to being consistently abused, animals are pushed through processing lines at extremely high speeds, causing animals the painful experience of being stunned improperly. Many times animals witness their friends and family being killed in front of them, which creates another level of stress and fear. I’ve seen animals who were aware of their impending death; they struggle, they fight, and they don’t want to die.

Q: Lately, terms like “certified humane” and “halal” have been leading consumers to believe they’re getting cruelty-free products if purchased with these labels. Is this the case?

LW: I applaud anyone looking for more compassionate food choices, but the problem with these labels is that essentially that’s all they are: labels. There isn’t much regulation surrounding this type of labeling, which the animal agriculture industry uses as a marketing tactic to make people feel better about the products they purchase.

We performed investigations into Foster Farms, a major poultry supplier that boasts humane certification; yet our investigation exposed birds scalded alive and workers throwing and punching chickens before violently shackling them upside down to have their throats slit.

The absolute best way to eliminate suffering is to adopt a plant-based diet and the great news is it’s easier than ever before. There are countless meat-free alternatives commercially available and we’ve got great tips and recipes at ChooseVeg.ca. If you wouldn’t abuse an animal, don’t pay someone else to do it for you.

Q: On the radio we hear a lot of commercials lately from Egg Farmers of Canada. They make specific mention of their “Animal Care Program.” Are farming care programs like this common, and if so, what are their successes and shortfalls?

LW: Improved animal welfare is an important part of our movement. That’s not to say that there isn’t still suffering happening. We just released an investigation into a Canadian egg farm that exposed hens crammed into claustrophobic battery cages and dead birds left to rot in cages with hens still laying eggs that could be destined for your plate if you eat eggs. The vast majority of Canadians oppose the use of battery cages, yet most egg-laying hens are forced to live in these horrific conditions. We’re asking the National Farm Animal Care Council to finally put an end to battery cages and you can help by signing and sharing the petition at HenHell.ca.

Q: There are also a lot of commercials for various meat producers and restaurants that mention their animals are “grass fed” or “free of hormones.” Does this make any difference in the way they are treated or slaughtered?

LW: It is a common misconception that these labels address the treatment of animals. The animals are still abused, and standard practices such as tail docking, hanging live animals upside down in shackles, and burning the beaks off of newly hatched chicks are carried out daily on most farms regardless of labeling.

For anyone looking for compassionate alternatives, I recommend ordering a free copy our Vegetarian Starter Guide. Q: What are some common misconceptions that you’ve seen disproven about the treatment of animals on farms, factory or otherwise?

LW: The animal agriculture industry spends billions of advertising dollars painting itself in an unfair and highly deceptive light. When people see commercials with animals running around in green grass, they believe that the animals live this way. This industry has a major motivator in trying to make us believe this: money. However, most farmed animals are treated like commodities, not living, breathing, sentient beings. When the realities are brought to light, people are shocked and outraged, so Big Ag continues to dole out billions in hopes that people won’t discover the truth.

Q: The video and photographic evidence that your investigations reveal is quite disturbing, shocking, and generally upsetting, which must cause all kinds of reactions. Are you aware of many people who have become vegan after seeing these videos or taken action in other ways to stop this abuse?

LW: Absolutely. Inspiring people to transition to a vegan or vegetarian diet is one of the most powerful impacts investigations have. Once you’re aware of the horrible realities that run rampant in this industry, it makes it very hard to continue supporting it.

In addition, we work with corporations to get them to implement better animal welfare policies. An example of this is our work with Maple Leaf Foods. Our investigation revealed a barrage of cruelty, including birds violently slammed into metal shackles and having their throats cut open while still alive. This investigation led Maple Leaf to announce a groundbreaking animal welfare policy, which will include implementation of controlled atmosphere stunning. This will spare countless birds from the pain and stress of the current live shackling process.

Q: What type of personality does it take to be an investigator, or do you see a wide variety of personalities come into this role?

LW: Investigators come from all walks of life and there isn’t one specific mold, but they all have an unwavering determination to change the world for farmed animals. This is a tough field. It takes a lot of dedication to persevere through both emotionally and physically challenging environments. That said, being on the ground floor of change is incredibly rewarding and it’s by far the most powerful thing I’ve ever done.

If anyone is interested in becoming an undercover investigator, please email me at [email protected].

LW: Before I became an investigator, I thought I was prepared. I had seen countless videos and thought, “I can handle that.” However, when you’re there it’s much worse than you could ever imagine. At the same time, we need to accept the fact that this is what’s currently happening in the world we live in and undercover investigations are a vital tool in preventing and exposing farmed animal cruelty. We’re seeing history in the making and investigative footage is critical.

Q: Are there any non-vegans that get into this field? If so, do many of them become vegan afterwards?

LW: People interested in being undercover investigators run the spectrum. There have certainly been investigators who weren’t vegan initially. However, everyone I’ve known has quickly transitioned after learning just how horribly farmed animals are treated and how disease-ridden the environments are in which they’re raised and killed. Once you see it, it’s hard to live life pretending otherwise. If consumers don’t buy these products, this type of animal suffering will end. We truly hold the power to stop this.

Q: What tips would you offer to anyone considering doing investigations?

LW: There are only so many ways you can prepare for these types of environments and watching investigative footage is one of the best ways. To view our footage and learn more about investigations, please visit our website. I would also encourage anyone with questions to reach out to me directly.

Q: If someone wants to know more about how they can become an investigator, what should be their next step?

LW: Find out more about becoming an investigator and how to apply here. 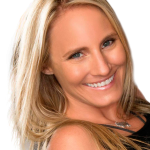 Lindsay is a former undercover investigator who has gone behind the closed doors of factory farms, pet stores, vivisection labs, and other industries to expose animal abuse. She is currently Vice President of Investigations for Mercy For Animals, an international animal protection organization dedicated to preventing cruelty to farmed animals. 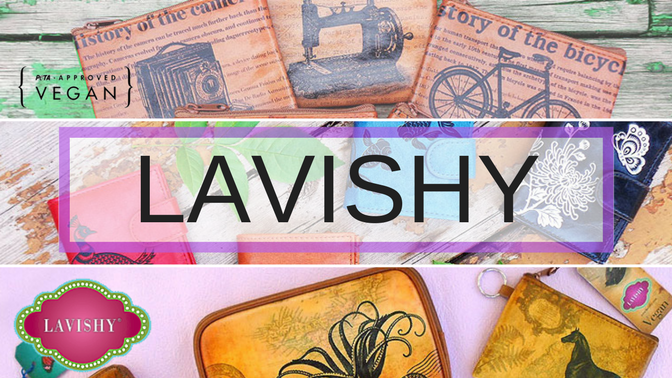 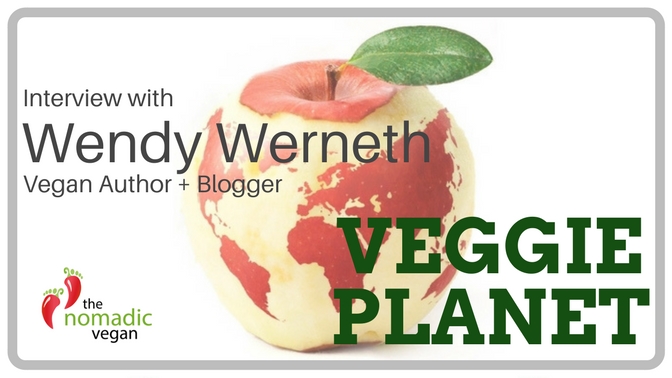 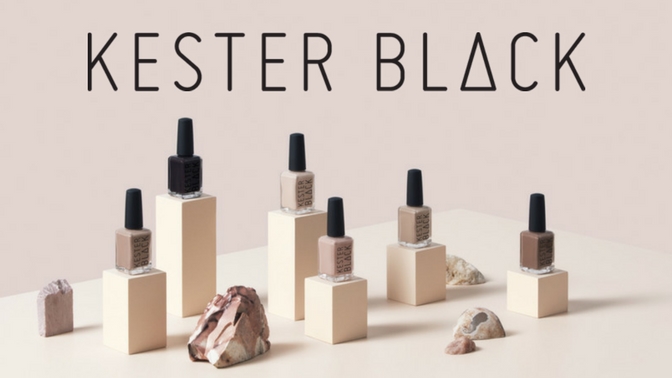